Elevator business on its way to the top

Martin Jessen’s business started with his experience of being confined to a wheelchair for a few years just as he was starting school. The needs of people with disabilities and the importance of access and mobility were imprinted on his mind. Little did he know it would lead to a formidable business, and one that is today competing successfully in an industry dominated by multinational players. 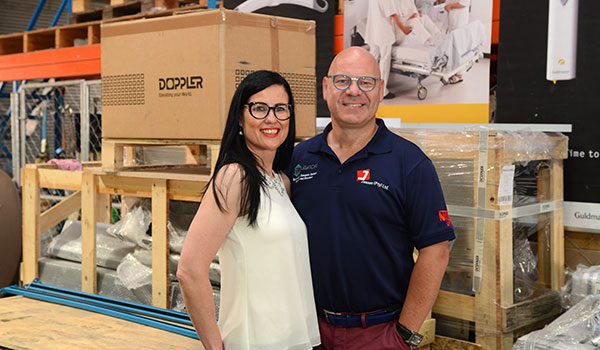 Martin grew up in Denmark where he studied commerce and marketing. To satisfy his wanderlust and a yearning to pioneer and develop new projects, he asked Danfoss, the Danish engineering firm where he was working, for a posting elsewhere in the world.

He remembers having to do quite a bit of research when he was told that his destination was Johannesburg, which in 1995 was opening up to the world after apartheid-era sanctions. Danfoss wanted to re-establish its presence in South Africa and for Martin the challenge of helping to build the company’s systems from scratch was the perfect job.

He found South Africans open and friendly, and it didn’t take him long to feel at home. Furthermore, he found South Africa teeming with opportunities to pioneer projects. As soon as he had laid the groundwork for Danfoss’ re-establishment, he moved on to work for one of its clients, a refrigeration company, and later he joined the Automobile Association to help them transform and establish a number of new projects.

Out of the many opportunities that he saw around him, one stood out: South Africa had one of the most progressive constitutions in the world which enshrined public access for people with disabilities as a right, yet Martin was keenly aware of the lack of infrastructure, training and consciousness in South Africa to implement that right.

One On One Interview with Martin

ELEVATE africa met with Martin Jessen to talk about his company – an alternative supplier of European-standard lift solutions for an under-serviced sector in South Africa.